What is a lymphatic drainage massage?

Much is said these days about the Lymphatic System, especially after plastic surgery. This system has become very popular amongst young women undergoing fat transfer liposuction surgery. Almost immediately after that, the surgeon refers this population of patients to masseuses for lymphatic drainage massage. That is why the number of people who perform or claim to perform post-surgical lymphatic drainage has proliferated. In reality, they perform a regular massage on people who have had surgery, which is not the same as being a therapist in lymphatic drainage, with the training and academic knowledge needed to obtain the broad benefits of stimulating this system and obtain the desired appearance after cosmetic surgery. We understand then that to allow for proper lymphatic drainage; we must first understand the lymphatic system. We can say that the lymphatic system is the second most crucial transport system in the body after the blood circulatory system. We can also say that it is a satellite system of the circulatory system whose function is related to this system.

It owes its name to the fact that a liquid called lymph circulates through it. This fluid travels within the body in a unidirectional way, in one direction from the feet to the neck, through lymphatic ducts and vessels. This transport network is located in the body at a very superficial level, below the skin. Hence, there are two elements to underline in this first part of my writing; if we massage as if we were cleaning a window, we are no longer appropriately stimulating this system because its circulation is in one direction and flows superficially. Then deep massages and strokes in the opposite direction to the circulation of the lymph are ruled out. We are seeing that it is not a regular massage, and it has its requirements for it to work!

On its way, the lymph also passes through lymph nodes and lymphatic organs, such as the spleen, tonsils, and thymus. Its content finally ends in the circulatory system, where the body will eliminate waste. Why then do we speak of stimulating the lymph nodes? What are they, and where are these nodes?

Where are the lymph nodes?

Manual Lymphatic Drainage for Plastic Surgery patients is a high demand procedure after Plastic Surgery, especially in Miami, Atlanta, California and New York. Patients around the world are visiting the United States looking for Plastic Surgery like liposuction with fat transfer on the buttock area, well known as a Brazilian butt lift or BBL. Plastic Surgeon Doctors have as a part of their staff Licensed Massage Therapists to perform post-surgery drainage massages a day after the surgery.

What is the function of the lymphatic system?

The lymphatic system is responsible for collecting the elements that become waste from the body. The lymph is a means of transport for eliminating various aspects, the most important: toxins, waste, dead blood cells, pathogenic organisms, and other products collected in the interstitial spaces of the organism or extracellular matrix (tissue that surrounds the cells).

In addition, the lymphatic system has an important immune function since the lymph is made up of white blood cells, especially lymphocytes, acting as a barrier against infections.

Lymphatic Drainage Massage Miami. Do I need one?

Of course. A therapeutic plan that includes lymphatic drainage is essential for surgery recovery, especially to prevent lumps and unwanted fibrosis. In my 30 years of experience as a therapist, I believe that lymphatic drainage is not an option but should be mandatory as part of any recovery plan. If, after a fracture, we have surgery to repair this fracture and a therapeutic program to recover the function of the affected limb, why not do the same after facing surgery of this nature?

In the best cases, I can say without fear of being wrong that they are the “finishing touch” of a good result after liposuction.

The important thing here is not the quantity of lymphatic drainage but, as I have always maintained: the quality of the technique. 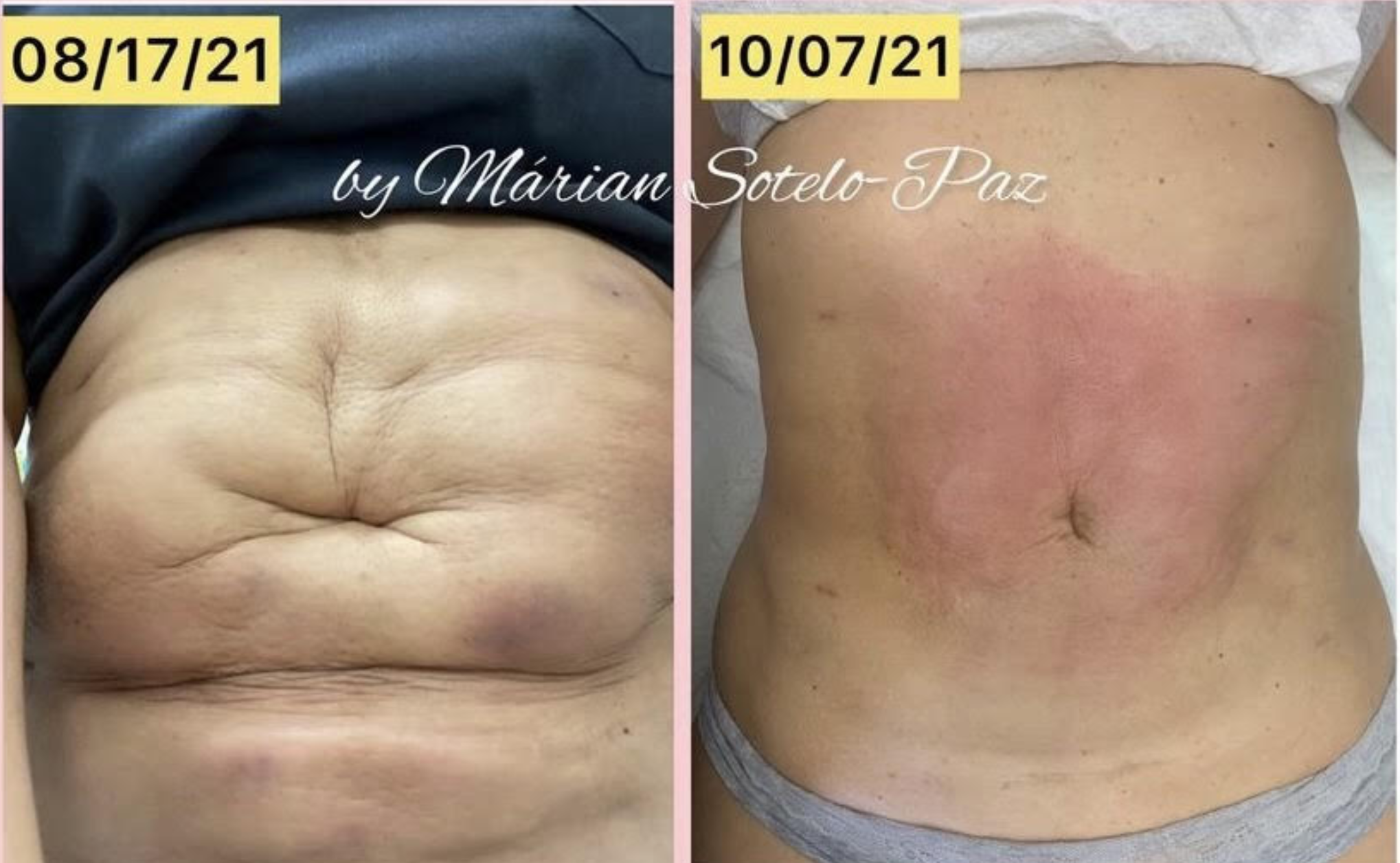 What does lymphatic drainage therapy involve?

As I have always maintained, proper lymphatic drainage therapy involves a trained person hands-on and not doing a few hours of ‘online’ courses. It also seems insufficient to me to do a continuing education course whose goal is to maintain an active license by increasing the knowledge of the professional. However, turning a professional into an expert specialist in post-surgery is still a reach. As is the case of many people who are now doing post-surgery to see their income increase and not because they have a solid career of several years of training and treating post-surgical patients. I look on with sadness, especially on social networks, many people who claim to be doing lymphatic drainage and show a machine. I make it clear that “MLD” means manual lymphatic drainage and that “m” is for manual “hands” and not “M” for machines, as many people believe. Without being critical, I can affirm that today there are fewer and fewer masseuses who use the power of their touch, the precision of their hands, and their energy to heal others since many have become mere technicians in the use of machines.

What can I expect during my lymphatic drainage massage in Miami?

We expect proper positioning of the patient and draping that protects the patient’s private parts. I say this because I see many “therapists” that place them kneeling on the stretcher. In no part of the world do they teach that this is an appropriate position in MLD training. Let us remember that the patient is weak, and she may become dizzy and faint. Can you imagine a fall from that position above the stretcher? It can have disastrous consequences. But look at a little social media to see this dozen times. The patient must be covered at all times, and we only have to discover the area that we are going to treat. But we see completely naked patients without their modesty disrespected, something that a true health professional cannot ignore. Proper technique and adequate duration are also expected. I recommend drains of at least one hour and, if possible full body. The Vooder Method is one of the most used, and it is what they teach us all in accredited lymphatic drainage courses.

Your lymphatic drainage massage Miami should be performed in a clinical setting. I do not suggest performing this technique at hotels, private homes, or recovery homes because it is not a regular relaxation massage for healthy people. This technique is provided to a person after major surgery, like plastic surgery.

What are the benefits of lymphatic drainage?

There are many indisputable benefits of receiving lymphatic drainage massages, especially after plastic surgery. However, I do not understand why some surgeons do not consider them necessary, and in other cases, they do not see them as part of the rehabilitation process of surgery. Seeing as they improve the results of liposuction surgery, it doesn’t make sense. They are almost as important as the surgery itself. It is proven that not having lymphatic drainage or with an improper technique is just as counterproductive. The point is that this facilitates the development of a group of blemishes known as post-surgical fibrosis, characterized by lumps that harden after surgery, large pores, and hard and leathery skin with a lack of elasticity. Also, decreased range of motion in more severe cases, discoloration due to lack of oxygen, folds in the skin because it adheres inappropriately, and a series of characteristics that we can prevent and avoid only with an appropriate therapeutic plan for lymphatic drainage.

Among other benefits, we can cite widely:

What are the negative consequences of not receiving lymphatic drainage post-surgery or getting it done incorrectly?

One of the main objectives of lymphatic drainage is to stimulate the release of tumescent fluid, residual anesthesia, and excess lymphatic fluid. All of these elements produce significant inflammation with the consequent inflammation and pain. It is then clear that after adequate lymphatic drainage, you should feel relief and feel better and not worse. It is also clear that lymphatic drainage does not make you cry or scream since it is a gentle massage and not deep. The hands must also be moved with a unique stimulation technique that can only be learned if you have taken face-to-face courses.

Unfortunately, after the pandemic, places where body treatment services are offered, including lymphatic drainage after liposuction, have proliferated. In most cases, these people do not have a qualifying license. Instead of highlighting the surgeon’s work, what they do is ruin the result of a surgery that costs several thousand dollars, plunging the majority of patients into sadness and despair. I have always been a person who encourages patients to report these places that threaten public health and that, in no case, can treat people only a couple of days after having had major surgery. Every day, more people come to my practice ruined from having innocently attended these places. Either because they misleadingly market their services or because they have more accessible prices, a real trap when hoping for a positive result. These people then have to spend more money on corrective treatments than they receive in these places. I hope that the Department of Health, which is in charge of the control and regulation of these places, can stop this situation.

Manual lymphatic drainage massage in Miami is a high-demand procedure. Patients around the world are visiting the United States looking for plastic surgery like liposuction with fat transfer on the buttock area, well known as Brazilian butt lift or BBL. Plastic surgeons have as part of their staff licensed massage therapists to perform post-surgery drainage massages a day after the surgery. 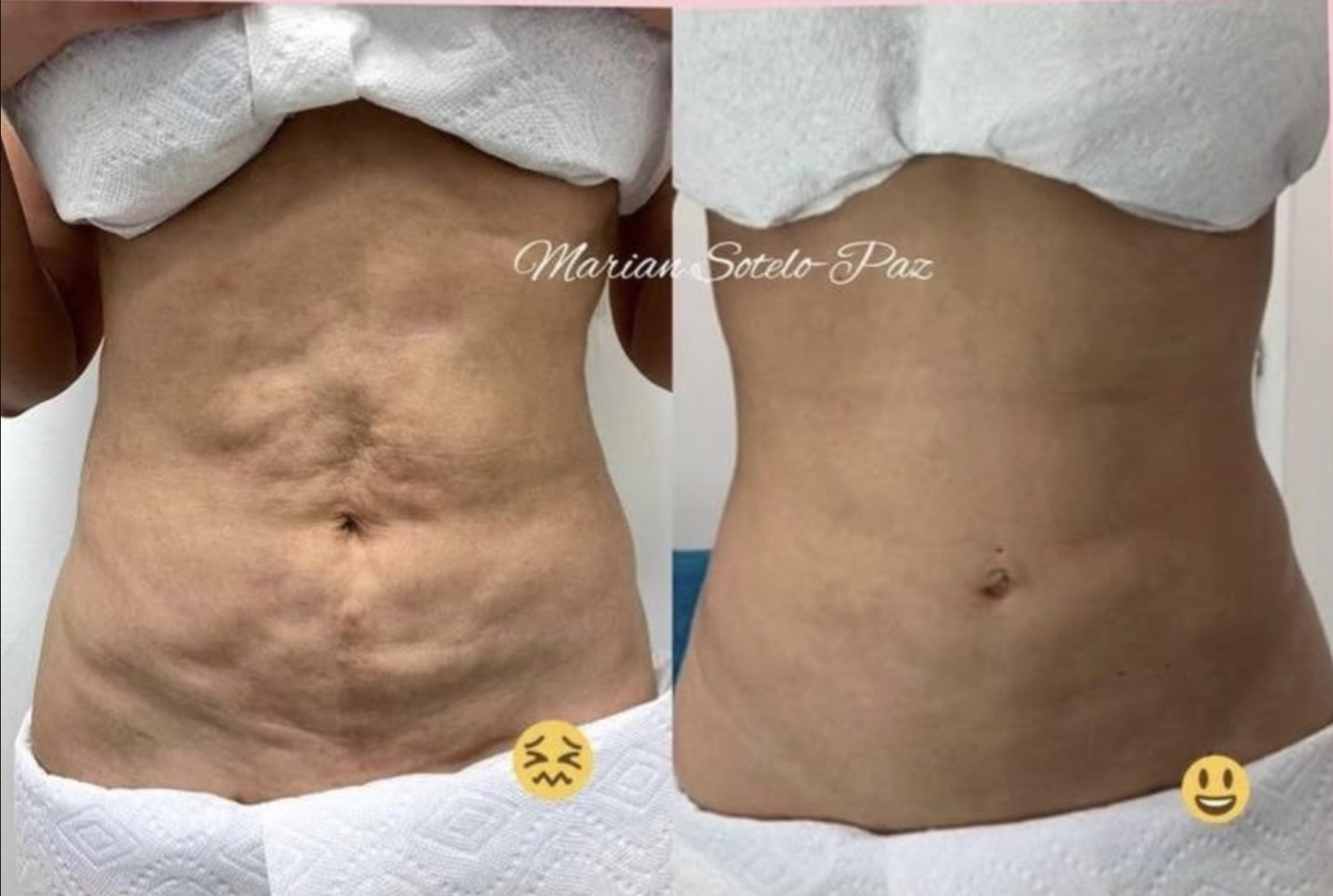 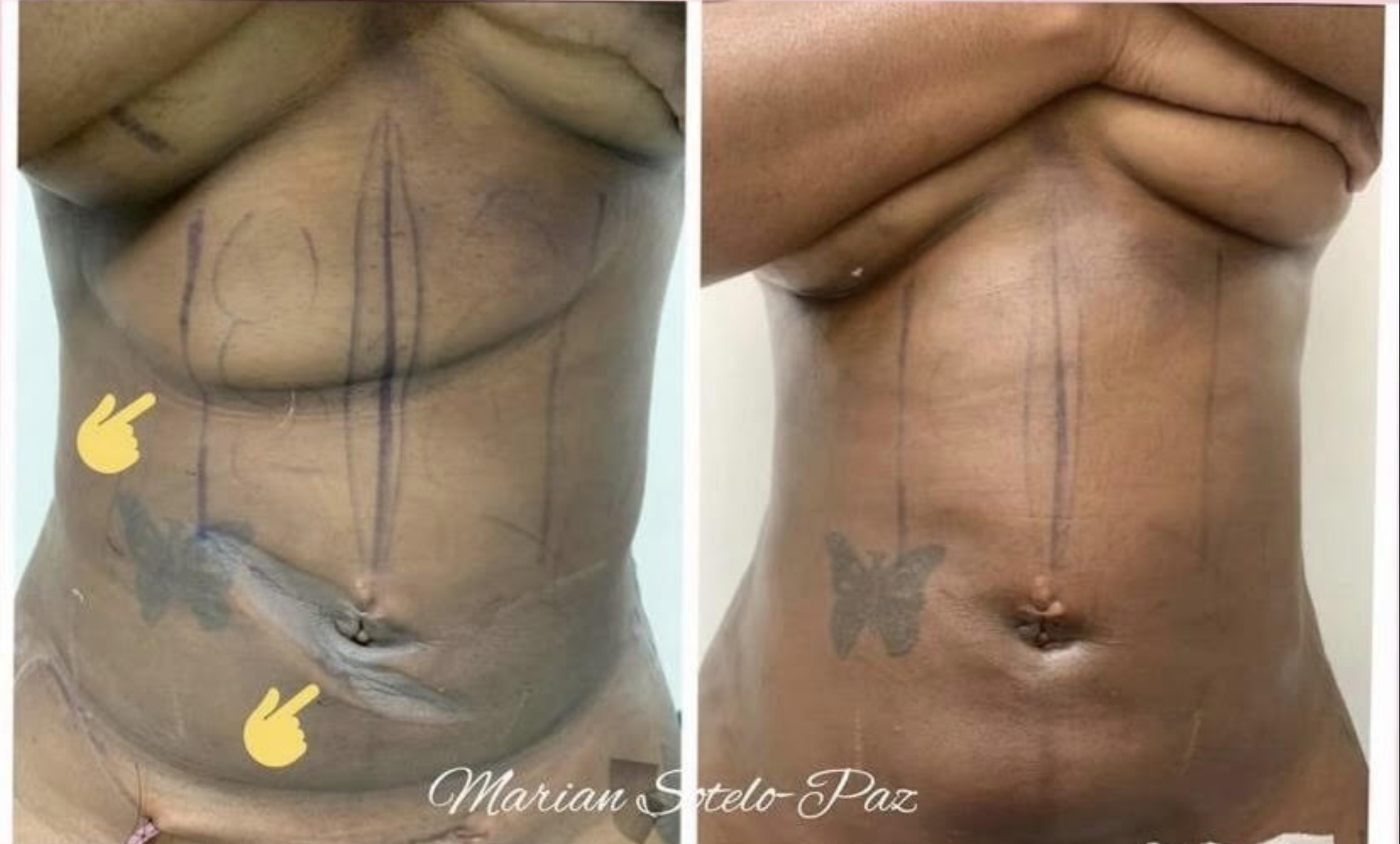 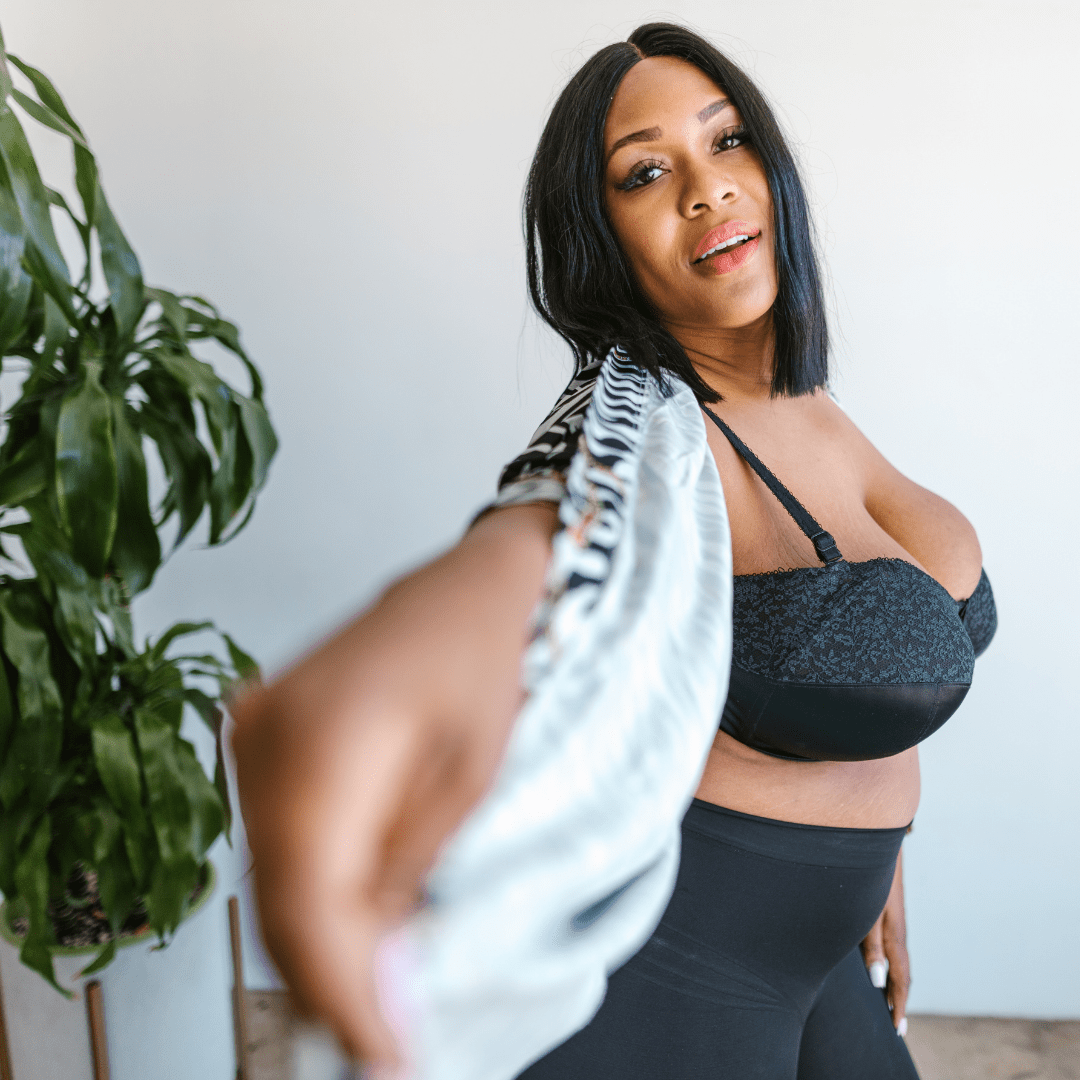 We offer a variety of services for post-op massages. Check them all out on the Services tab.

How to Book
English
Spanish English